The origins of the Brevelle Conservation Trust (BCT) start with the Caddo Indians.  The Caddos were originally a collection of tribes located along the lower Mississippi River Valley and Gulf of Mexico.  Archeological evidence dates their early settlements to around 1,500 B.C. in present day Louisiana.  The Caddo creation story, as told in their oral history, says the tribe emerged from a cave called Chahkanina (“the place of crying”) located at the confluence of the Red River and the Mississippi River.  The Caddos spread along the Mississippi River and into its tributaries and nearby waterways such as the Red, Sabine, Sulphur, Neches, Trinity, Caddo, Ouachita, and Angelina rivers.

By 800 A.D. the Caddos were the most advanced tribe in Louisiana and Texas.  Unlike other tribes, the Caddos built permanent villages and cities. The Caddos were experienced farmers, traders, and architects.  The Caddos reached the height of their mound-building culture around 1200 A.D. and estimated to number over 250,000 people.

The Caddo first encountered Europeans in 1529 when the Spanish explorer Alvar Nunez Cabeza de Vaca sailed from Spain to North America. In Cabeza de Vaca’s journals, he called them the Atayo, and said they were living inland from the Gulf Of Mexico. This tribe would later be known as the Adai Tribe of the Caddo Confederacy.  In 1541, the Spanish Hernando de Soto Expedition traveled through much of the their lands. While many of the Caddo tribes were friendly to de Soto, the Tula people fought the Spanish. That battle site is marked with a state monument near Caddo Gap, Arkansas.

In 1682, Rene Robert Cavelier Sier de La Salle, encountered the Caddo while exploring the Mississippi River.  La Salle established trading relationships with the Caddo, which he called the Cadaquis. La Salle claimed the entire Mississippi Valley for the King of France, and named it La Louisiane, a part of Nouvelle France or New France.

In 1699, Pierre Le Moyne Sieur d’Iberville and his brother, Jean Sier de Bienville, ascended the Red River of Louisiana where he encountered the Caddo, calling them the Natao. Then in 1700, Iberville’s brother, Bienville, and Louis Juchereau de St. Denis visited with the Caddo and other Indians residing at present day Natchitoches.  By 1714, St. Denis returned and Natchitoches was established as the first French settlement.  Natchitoches is the oldest city in Louisiana and the oldest city in the Louisiana Purchase which spreads from Gulf of Mexico to Canada and includes the following states:  Louisiana, Texas, Missouri, Arkansas, Iowa, North Dakota, South Dakota, Nebraska, Oklahoma, Kansas, Colorado, Wyoming, Montana, and Minnesota.  Natchitoches is the oldest city west of the Mississippi River and predates New Orleans.

Accompanying St. Denis was a soldier and trader from France by the name of Jean Baptiste Brevel (spelling later changed to “Brevelle”).  Brevelle was born in Paris, France in 1698.  Brevelle is a descendant of the ancient noble Breville family from the Normandy region of Northern France.  Upon arriving in Natchitoches, Brevelle helped construct the Fort St. Jean Baptiste,which was France’s most western outpost in the New World.  Brevelle remained and was one of the original soldiers garrisoned at the fort. During this time period, the garrison consisted of only 6-18 men and it provided security and safe passage for the French settlers and traders from Natchitoches to the Gulf of Mexico.

Brevelle explored and mapped much of the area around Natchitoches and the Red River. He was an experienced hunter, trapper, and explorer. He lived among the Caddo, traded with them, and learned their language. The name Caddo derives from the French abbreviation of Kadohadachho (“real chief” and the name of one of the Caddo Confederacies).

During this time, the Caddo were numerous and represented the vast majority of the population in the area. The French population was only 34 while the Caddo numbered over 50,000.  As such, Brevelle spent much of his time with the Caddo.  He dated Anne Marie des Cadeaux, a Caddo woman.  In 1730, Anne Marie gave birth to Jean Baptiste Brevelle II (Jr.) in Upper Caddo, in present day Oklahoma.

As it was common on the frontier, there was a lack of churches, priests, judges, doctors, and other basic services.  As the population of Natchitoches grew beyond 100 citizens, such infrastructure became available. Brevelle and Anne were married in the Catholic Church at Natchitoches in 1736.

Brevelle and his son explored and mapped the valleys of the Red, Cane, Sabine, Sulphur, and Ouachita Rivers for the French and Spanish governments.  The Brevelle’s travels took them into present day Texas, Oklahoma, Arkansas, Louisiana, and Mississippi.  They helped establish the famed Camino Real which connected the French settlements to the Spanish settlements in Texas and Mexico.  Brevelle II, being half Caddo, became a well respected member of the Caddo Confederacy and of the La Louisiane colony. For their service to the crown, the Brevelles were paid in coin and in land grants.

Brevelle II was often hired by the French and Spanish governments because of his close relationship with Caddo.  Brevelle II also served as a 2nd Corporal of the Natchitoches Militia, and he owned the Brevelle Plantation located on present day Brevelle Isle, which is south of Natchitoches along the Cane River and named after Brevelle II.  Brevelle Bayou is named after his father.  Brevelle II is recorded on the census and tax rolls as a slave owner with 11 slaves near Fause River and 14 slaves near Grand Ecore. Unlike the British colonies, it was common for persons of all races and of mixed-race to own slaves and to receive land grants for plantations in the Spanish and French colonies.  Like many other families in the area such as the Metoyers, the Brevelles were of mixed race also known as Creole (European, African, Native American).

In 1803, the United States of America purchased the La Louisiane Colony from France.  France, under the rule of Emperor Napoleon Bonaparte, was engaged in a series of wars in Europe and abroad.  Napoleon was unable to adequately defend the colony, and needed funds to fight the war.  The Louisiana Purchase doubled the size of the United States, and catapulted the country into a world power focused on manifest destiny.

Contrary to popular belief, the Brevelles are Creole, not Cajun.  Cajuns are descendents of refugees from Canada, known as Acadians.  From 1756 to 1800, Acadians fled Canada after the British seized control of the French colony.  The Acadians arrived in Louisiana as refugees settling in the southern portion of the state, predominantly in the Atchafalaya Basin. These Acadians and their descendants later became known as Cajuns.

Like many of the original French settlers of Louisiana, the Brevelles came directly from France in the late 1600’s and early 1700’s before the arrival of the Cajuns.

Brevelle Isle is approximately 18,000 acres in size and primarily populated by gens de couleur libre, free people of color who thrived as business people, plantation owners, and slave owners.  While several famous plantation houses dotted the shores of the Cane and Red Rivers, one of the more well known is the Melrose Plantation, a National Historic Landmark.  These Creoles are the descendants of Coincoin, a slave of Natchitoches founder, St. Denis that later married Claude Thomas Pierre Metoyer.  There are numerous books written about Coincoin and her descendants.

Given the small French/Creole community at the time, these families regularly intermarried.  For example, the Brevelles and Metoyers are related.  Other relatives of the Brevelles include Bordelon, Bourdon, Brossette, Brouillette, Cloutier, Dauzat, Davion, Derbanne, Dubois, Dumont, Dupre, Edwards, Grillet, Gaspard, Frederic, LaRoy, LeCourt, Lemoine, Lowe, Poissoit, Rachal, Salvant, Toutain, Vasseur, and others. Over the centuries, the spelling of surnames changed due to dialects and the evolving control of the colonies (France, Spain, USA). For example, the Brevelle last name has the following spelling, some of which are still used today: Brevel, Brevell, Brevelle, Breville.

Like the Melrose Plantation, the Brevelle Plantation continued in operation until the Civil War period.  The plantation raised tobacco, indigo, cotton, and food crops.  The timberlands yielded cypress, oak, and pine.  Hunting provided for wild game and bear grease which were sold in town and traded throughout the colony. The Brevelles had one of the first cattle operations in Louisiana. The plantation is mentioned in the 1853 memoir 12 Years a Slave by Solomon Northup, which was later made into a film that received three Academy Awards.  Other movies filmed on Brevelle Isle include Steel Magnolias and Cane River.

The National Park Service and other organizations such as the St Augustine Historical Society maintain several landmarks on Brevelle Isle. The Badin-Roque House is the only remaining building of its kind in the US, and it is regarded as the best example of the early Creole building style known as poteaux-en-terre (posts in ground). Located nearby is the St. Augustine Catholic Church, which was built in 1829.  It is the first (and oldest) church to be built by and for free people of color west of the Mississippi River.

Brevelle Isle is the cultural center of the Cane River’s Historic Creoles of Color community.  Many of the Creoles are descendants of Brevelle and still carry the surnames of the old French families that married into the Brevelles.  Of the 18,000 acres of land, remarkably the Creole descendants still own 16,000 acres over 200 years later.

The BCT was formed by the merging of the La Louisiane Land Trust (est. 1968) and the Evangeline Conservancy (est. 1982). The new entity was named after Jean Baptiste Brevelle, one of the first explorers that helped establish and grow the La Louisiane colony of New France, which includes present day Louisiana, Texas, Oklahoma, and Arkansas.

Unlike many other conservation and environmental groups, BCT focuses 100% of its resources on the ownership, stewardship, conservation, and preservation of wildlife habitat and heritage sites with the goal of achieving environmental and economic stability through science and proven best practices.  BCT creates innovative solutions to conservation challenges that benefit both the landowner, wildlife, and the community at large while preserving the cultural history of the area.  This science-based approach allows these lands to be preserved and self-funded in perpetuity.  The BCT does not focus on marketing, parties, protests, influencers, or t-shirts.  BCT programs have been recognized for providing economically viable and environmentally sustainable conservation programs.

Most donors would be surprised to learn that their favorite conservation and environmental groups may not employ credentialed or trained botanists, wildlife biologist, arborists, environmental engineers, scientists, etc.  Typically, donations are spent on marketing consultants, salaries, parties and social media.  Unfortunately, this results in programs that require significant funds and volunteers, many of which have little to no long-term benefit to the ecology of an area or the environment at large.  Shockingly, most groups do not own a single acre of land which is difficult to comprehend given their multimillion dollar budgets.  BCT believes that it is impossible to establish meaningful and long-lasting conservation without control and ownership of land.  As one news commentator stated, “Conservation groups that don’t own land? That’s the equivalent of claiming to be a chef without a kitchen…a doctor without a hospital…or an astronaut that’s never left the ground.”

The BCT portfolio of properties include large tracts of wetlands, lowland hardwood forests, southern pine plantations, and urban greenbelts. Many of these properties are heritage sites and include ancient Native American settlements and early colonial sites of particular historical and cultural significance. 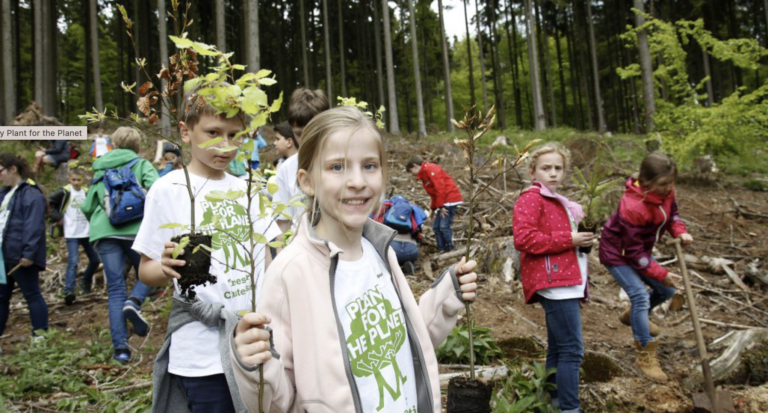 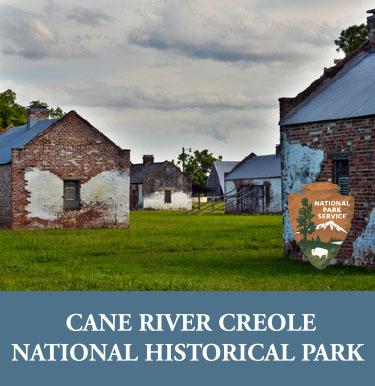